Why Humans Learned to Laugh, the Future of PR and What Barney Can Teach Us About Hate

What would you name NASA’s mission to send a probe to Uranus? Why do I link to so many stories that are behind paywalls? Will the latest robot with personality just break another generation of bot-buyers hearts? Are men struggling more than women in today’s world? What will the future of PR look like? And why do we hate Barney the dinosaur so much? These stories and more are all in this week’s Non-Obvious Newsletter. Enjoy! 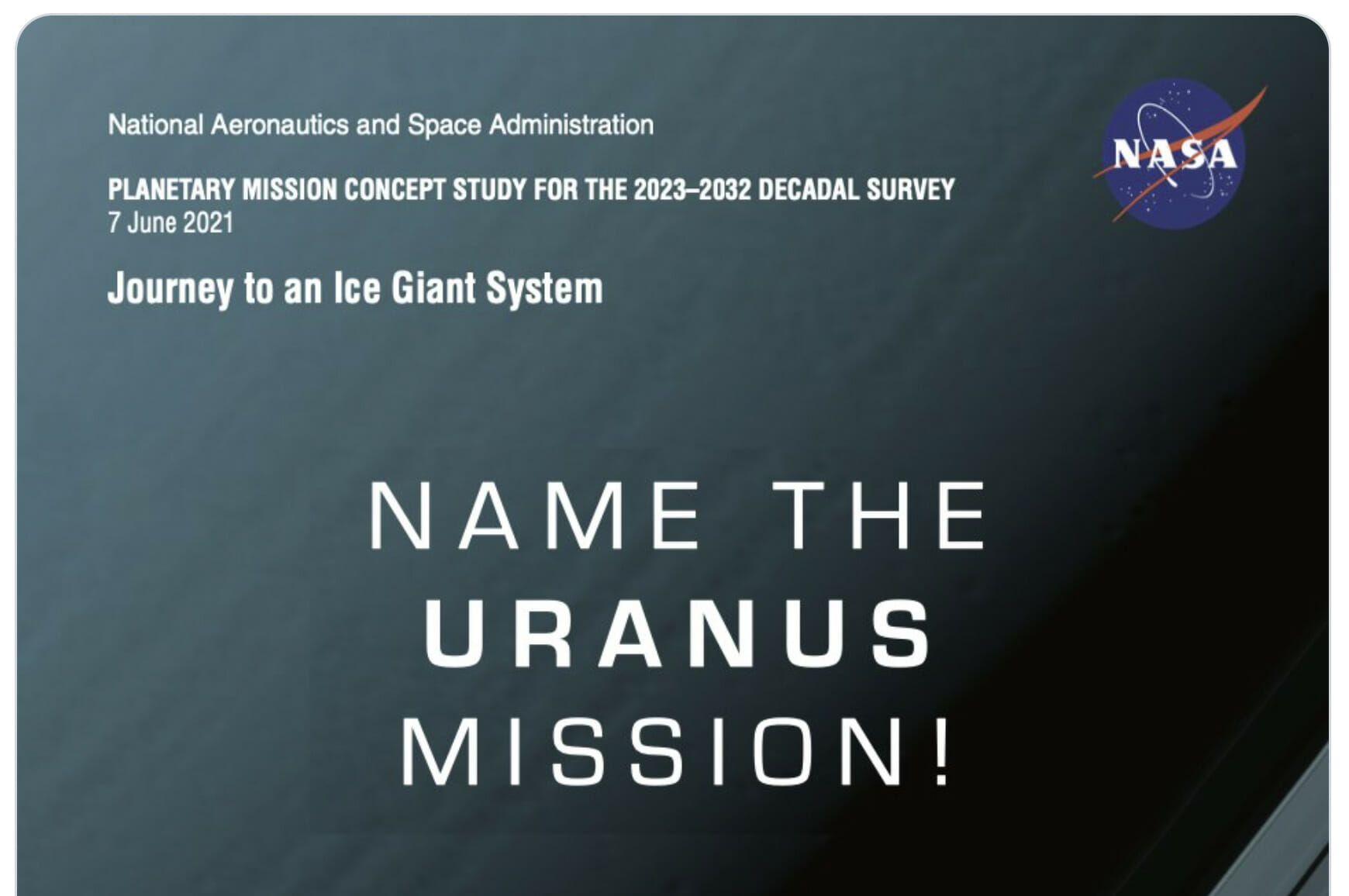 Why did humans evolve laughter? A new study suggests that laughter is a tool nature may have provided us with to help us survive. As Italian researcher Carlo Valerio Bellieni writes:

“I was able to condense the process of laughter into three main steps: bewilderment, resolution and a potential all-clear signal … First, it needs a situation that seems odd and induces a sense of incongruity (bewilderment or panic). Second, the worry or stress the incongruous situation has provoked must be worked out and overcome (resolution). Third, the actual release of laughter acts as an all-clear siren to alert bystanders (relief) that they are safe.”

That’s maybe more analytical than you ever imagined getting about laughter but it turns out humans (and 65 species of animals) may have all developed laughter as a way to deal with high stress situations. I was thinking about this while reading the story about the questionable campaign to ask the public to name NASA’s new probe headed toward Uranus.

While the request didn’t come from the space agency itself, I imagine all extraterrestrial missions to be pretty high stress … so perhaps it’s easy to understand why anyone would invite a bit of comic relief to break the tension. If we’re lucky, NASA will see the research about laughter and really commit to humor by going with the most popular suggestion offered via Twitter … Operation Butt Plug.

Why Do I Link To So Many Stories That Are Behind Paywalls? 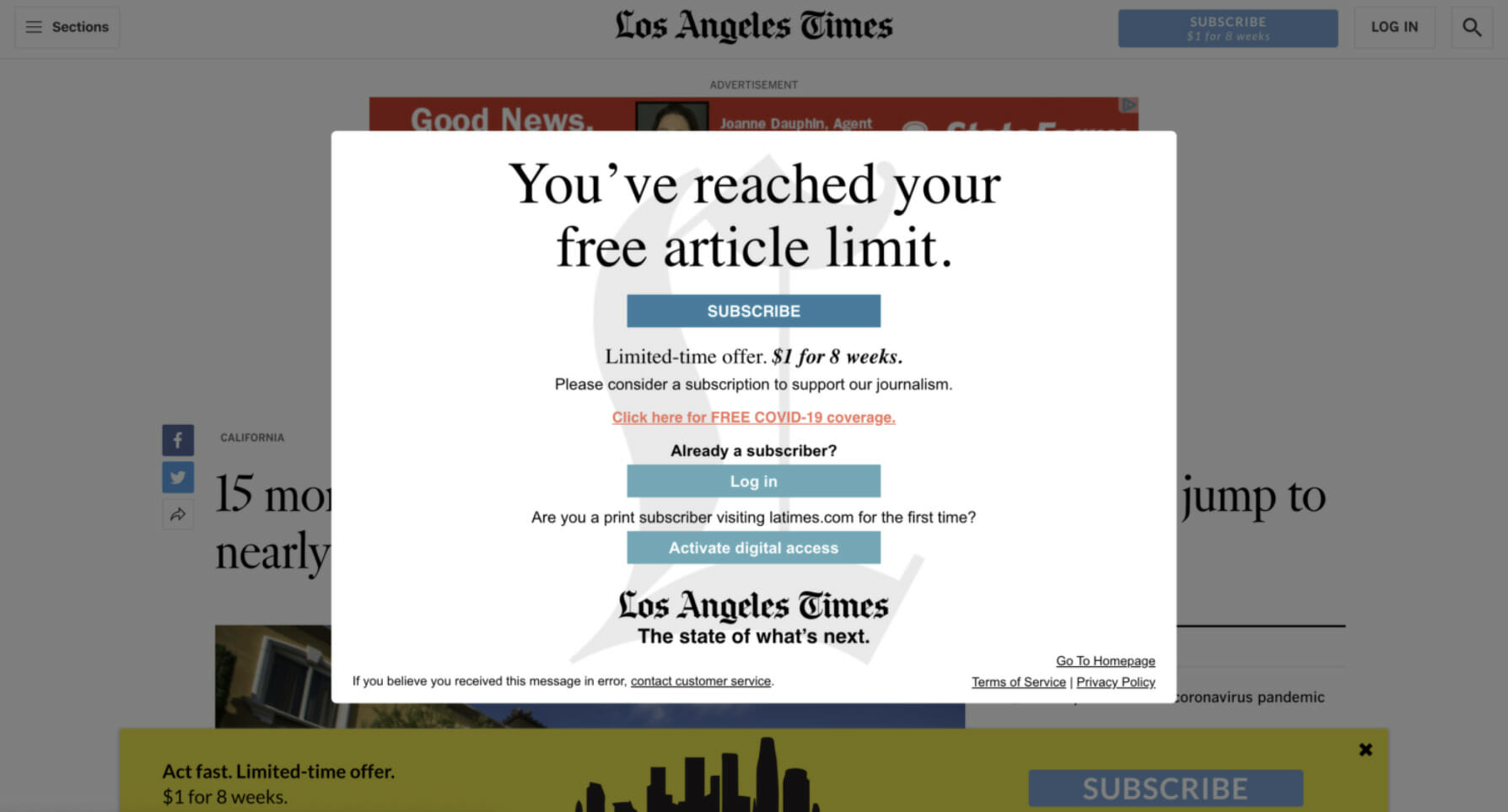 If you’re a longtime reader of this newsletter, you may have noticed that many of the stories I select to share come from paid media sources. Every week, I get a few emails from readers asking why I continually share links to stories that inaccessible behind paywalls. I know this can be frustrating and I don’t mean for it to be. But in my quest for the best possible stories to bring you every Thursday, I can’t always link to free stories.

While I do always try to summarize stories so you won’t need to read the full article, when you do hit a paywall for an article you’re interested in, I hope you’ll consider subscribing to read it. I only link to quality news sources and in many cases, a digital subscription costs only a few dollars. For example, you can subscribe to The Washington Post for an entire year for just $1 a month. Real journalism needs all of our support to survive, it often isn’t expensive and it’s definitely worth the money.

What If the Covid Vaccine Does Have Side Effects For Some People? 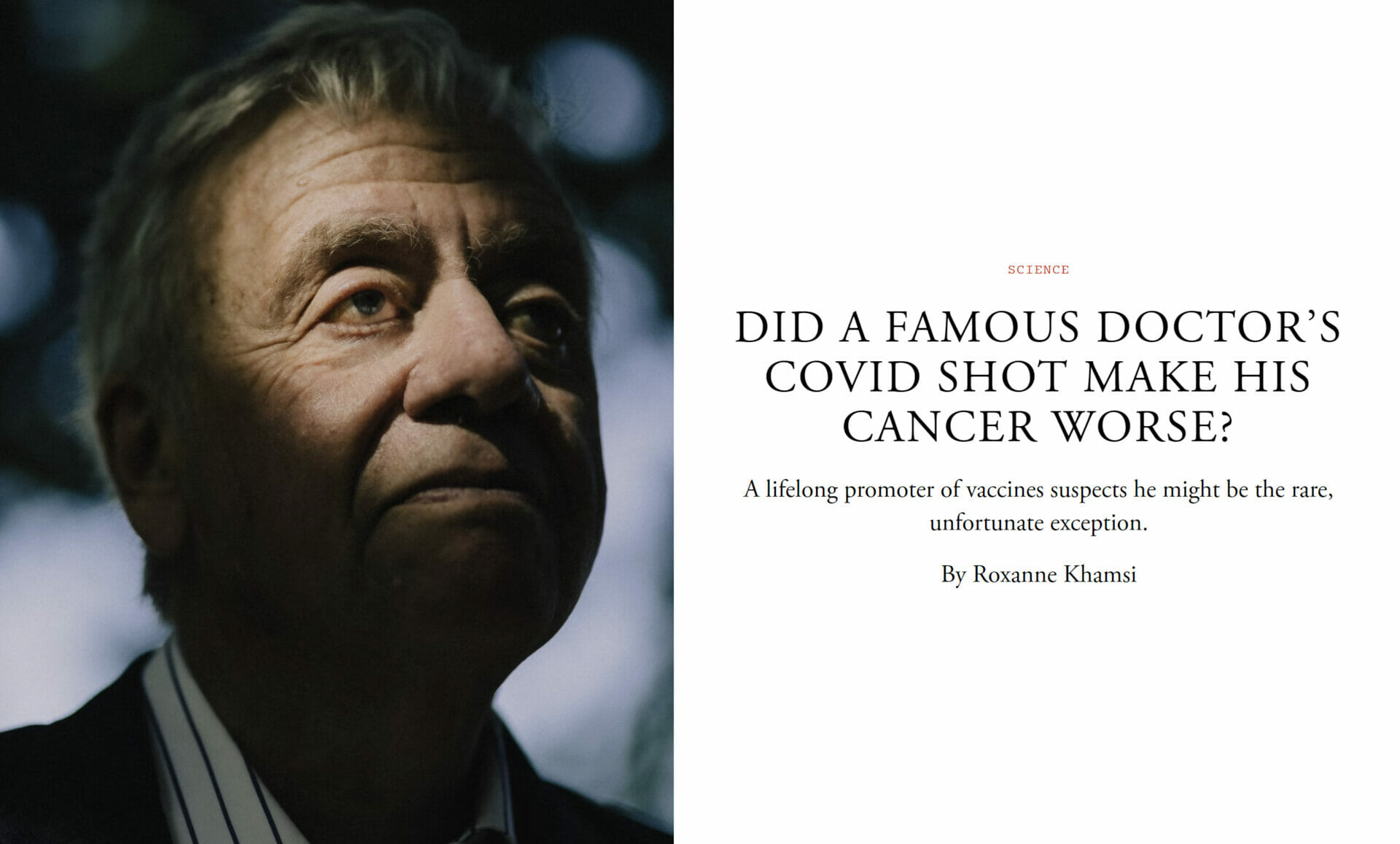 Michel Goldman is an immunologist and lifelong vaccine advocate. While dealing with a cancer diagnosis last year, he took a COVID vaccine himself as protection—and promptly started feeling worse. He suspected that a side effect of the mRNA vaccine might be interacting with his specific type of lymphoma cancer, but he was worried about the possibilities of going public with his experience.

As any scientist would, he first studied his results. After confirming, he felt a duty to publish a paper about it. He described spending hours carefully describing the vaccine “as possibly ‘inducing’ the ‘progression’ of his cancer—rather than ‘causing’ it to surface.” As he later recalled, “I’ve never spent so much time on details in a paper.” Predictably, anti-vaccine activists found his paper and started circulating it. In a black-or-white world, his experience offered ammunition for deniers to elevate their unscientific beliefs that the COVID vaccine was evil.

Reading his story (coincidentally, the day before getting my own COVID booster shot), I came to a different conclusion. Goldman’s experience and his courage in sharing it show that it is possible for a treatment to simultaneously be life-saving for most people and also have adverse side effects for a small minority of people. This isn’t a failure of medicine, it is a reality of science. Sadly, this type of nuance is quickly lost in the headlines. 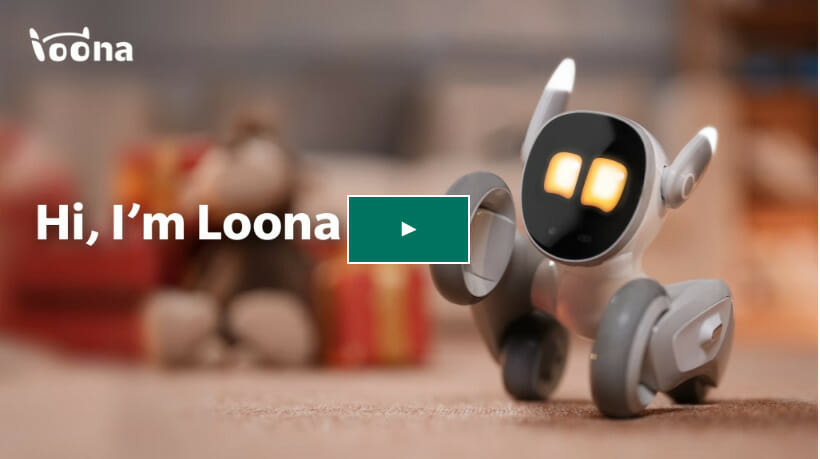 Loona is a small household robot with a personality designed to keep you company. There is more than a month left in her Kickstarter campaign, but the project has already raised close to $1.5M. The cleverest thing about the marketing for this so-called “petbot,” though, is how it can interact with your living pets. Loona isn’t meant to be a pet replacement.

Instead, it could become your pet’s best friend—while also offering a way for you to check in on your pet (via cameras) while you aren’t around. More significantly, Loona is the type of robot that will introduce all kinds of new dynamics into how we interact with technology. While we might feel no remorse at telling a tiny Amazon Echo hockey puck to “shut up,” most of us would feel differently about interacting with an exceedingly cute robot that exhibits joy, sorrow, anger or pleasure.

I just hope Loona’s makers (and her buyers) learn from the tragic tale of Jibo, a beloved robot friend whose untimely obsolescence led to more than a few broken hearts. When you give your heart to technology, it’s best to be prepared for the reality that just because it could last forever doesn’t mean it will. Loona, like Jibo, might just be setting people up for a futuristic, but still devastating, heartbreak.

Are Men Struggling More Than Women In Today’s World? 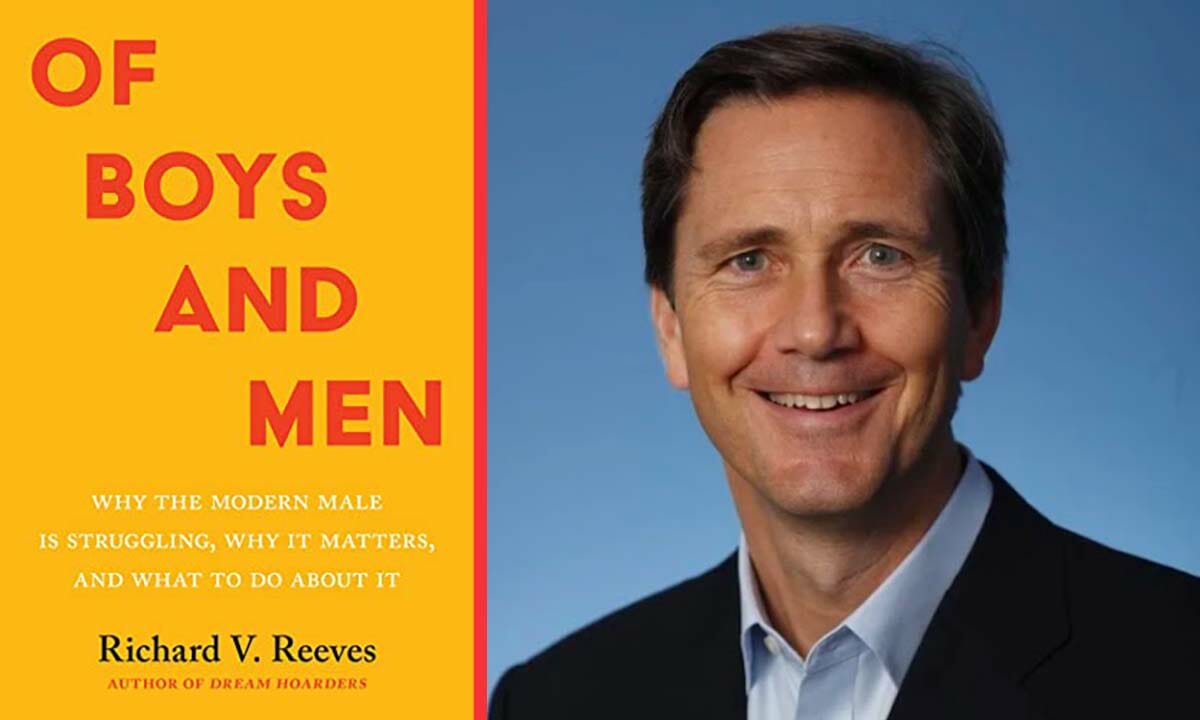 The headline of the story and this provocative question may feel biased. In a world where men have enjoyed privileges and opportunities for centuries that women have only recently been able to enjoy, even suggesting that men (and particularly boys) are somehow ignored and that there may be a reversed “gender gap” feels like hypocrisy. Yet the danger of boys and men being left behind as our culture evolves is one that author Richard V. Reeves describes as urgent in his new book Of Boys and Men:

“When boys start failing at school, flunking out of college, failing in jobs and relationships then succumbing to ‘deaths of despair’ we really need to listen. I am very sympathetic to the complaint that after 10,000 years of patriarchy and only 40 minutes of girls being ahead, the alarm bells are rung. But in the end, you’re not taking away from women, you’re creating better men, and that can’t be bad for anybody.”

Of course there continue to be men who feel threatened by the rise of women and hold on to the small-minded need to reject anything they feel minimizes their masculinity. These are the men who reject plant-based meat because it feels too “woke” or refuse to date successful women and they shouldn’t be coddled.

The path to a more equitable world means making it better for boys and for girls, not letting boys fall behind in school or otherwise. We all need to work together to create better men while removing the longstanding barriers to success for women. Leaving anyone behind isn’t going to give us the future we all want and need.

How A Documentary About Human Hate Features the Perfect Target: Barney the Dinosaur 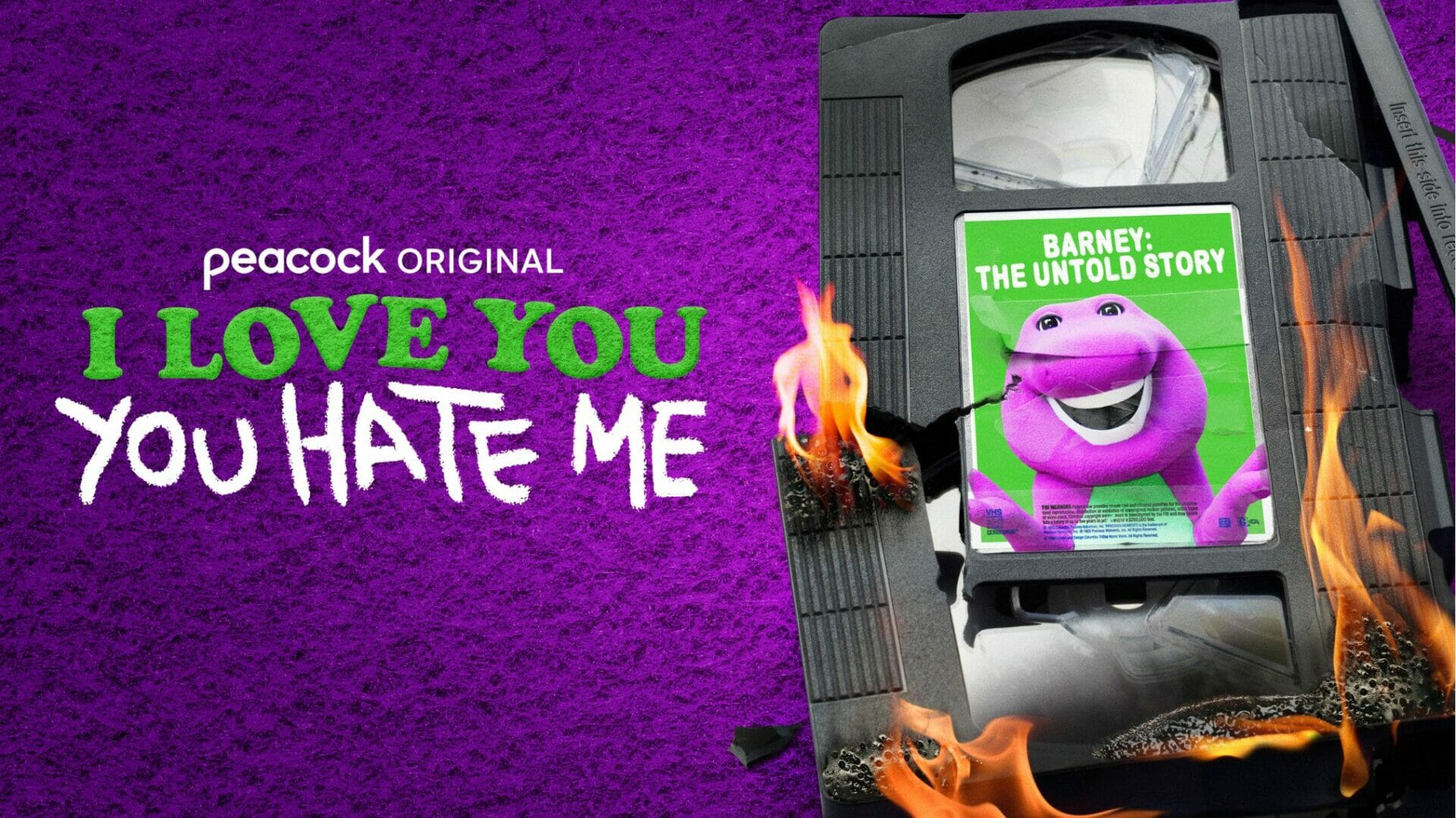 What did Barney ever do to you? Aside from singing his annoying songs (by the way, which children’s character doesn’t do this?) – in retrospect, Barney hardly deserved all the hate we piled upon him. Next month a new documentary is coming out that explores the disturbingly common human capacity to hate deeply, and how Barney might be the perfect spokesperson for how to hate just a little less. After all, if we can learn to tolerate Barney … anything is possible. 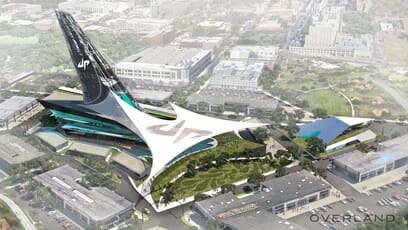