Sri Lanka's Farming Catastrophe, Manhattanhenge, and Why BMW Is Charging For Heated Seats

Broken urban planning, catastrophic Sri Lankan farming decisions, BMW charges monthly for heated seats and marketing lessons from the viral sensation of the new Minions movie. These are a few of the topics you’ll read in this week’s edition of the Non-Obvious Newsletter coming to you remotely from the shores of Lake Anna where I’m taking a break with family this week. Lots of reading, some writing (this newsletter!) and plenty of relaxation too. I hope you’re also finding some time to take a break this summer to energize yourself and create more brain space for non-obvious ideas for yourself! 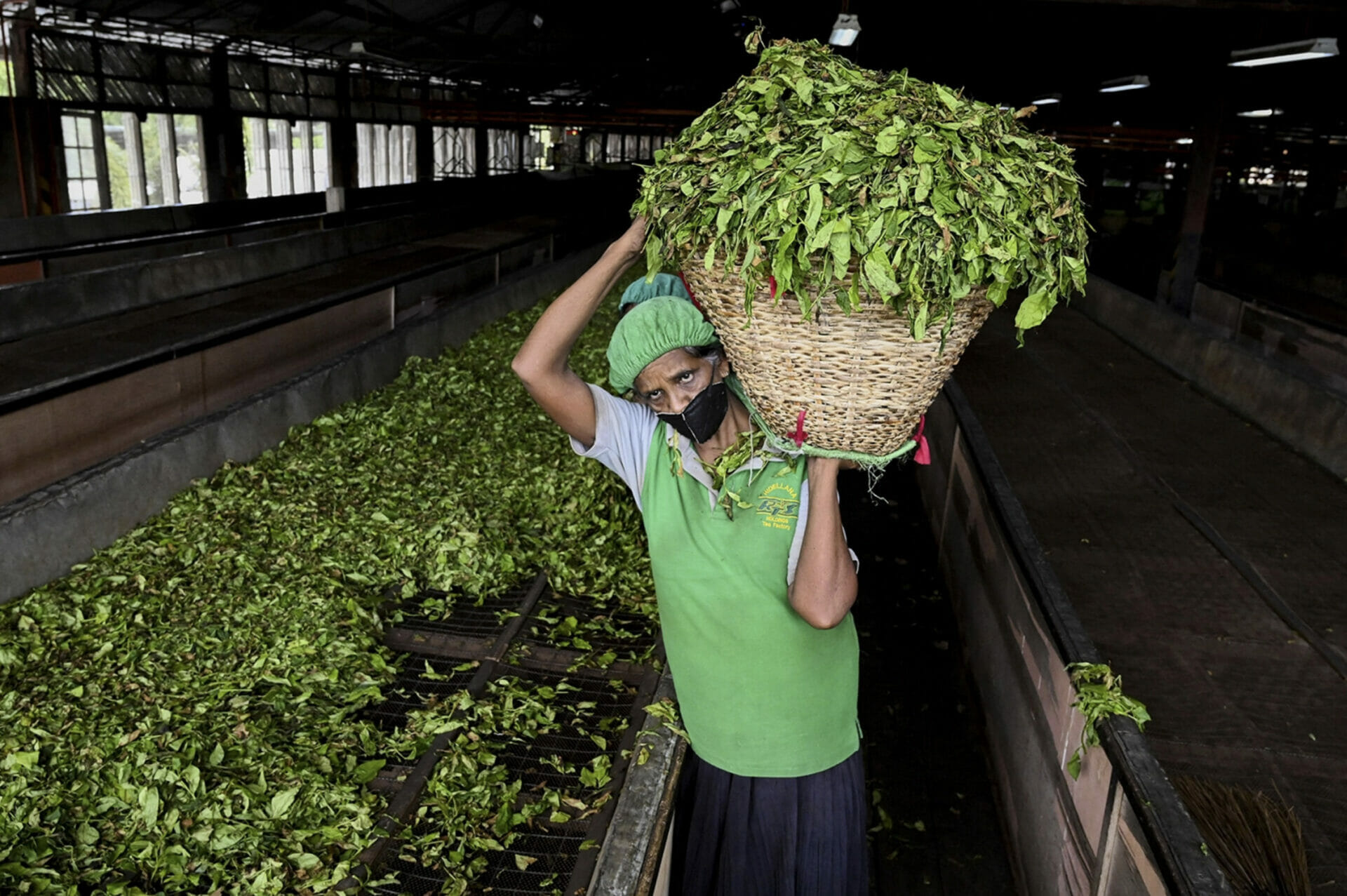 Last year Sri Lankan President Gotabaya Rajapaksa banned the usage of agrochemicals by local farmers in an attempt to become the first country with 100% organic agriculture. On the surface, the move seems like a perfect example of visionary leadership. Just over a year later, it is being declared a failed experiment. The “catastrophically wrong” initiative resulted in lower farming yields, barren farmland usage and widespread farmer protests. What went wrong?

This story is a sadly recognizable case study in political chaos. It starts with an insecure male politician wanting to make his mark by doing something bold. Easily manipulated by his advisors, he takes unilateral action without truly understanding any of the implications or speaking with any actual experts. When warned by early setbacks, he doubles down on his previous choice because his ego prevents him from changing course or admitting he was wrong.

Eventually, when the backlash becomes too great, he resigns and escapes to the Maldives (which just happened this week). His next move in this story, based on past examples, will probably be to take no responsibility, declare he was right all along, and try to blame the entire debacle on someone else. Does this story sound familiar?

Want Heated Seats? BMW Will Let You Subscribe For $18 a Month 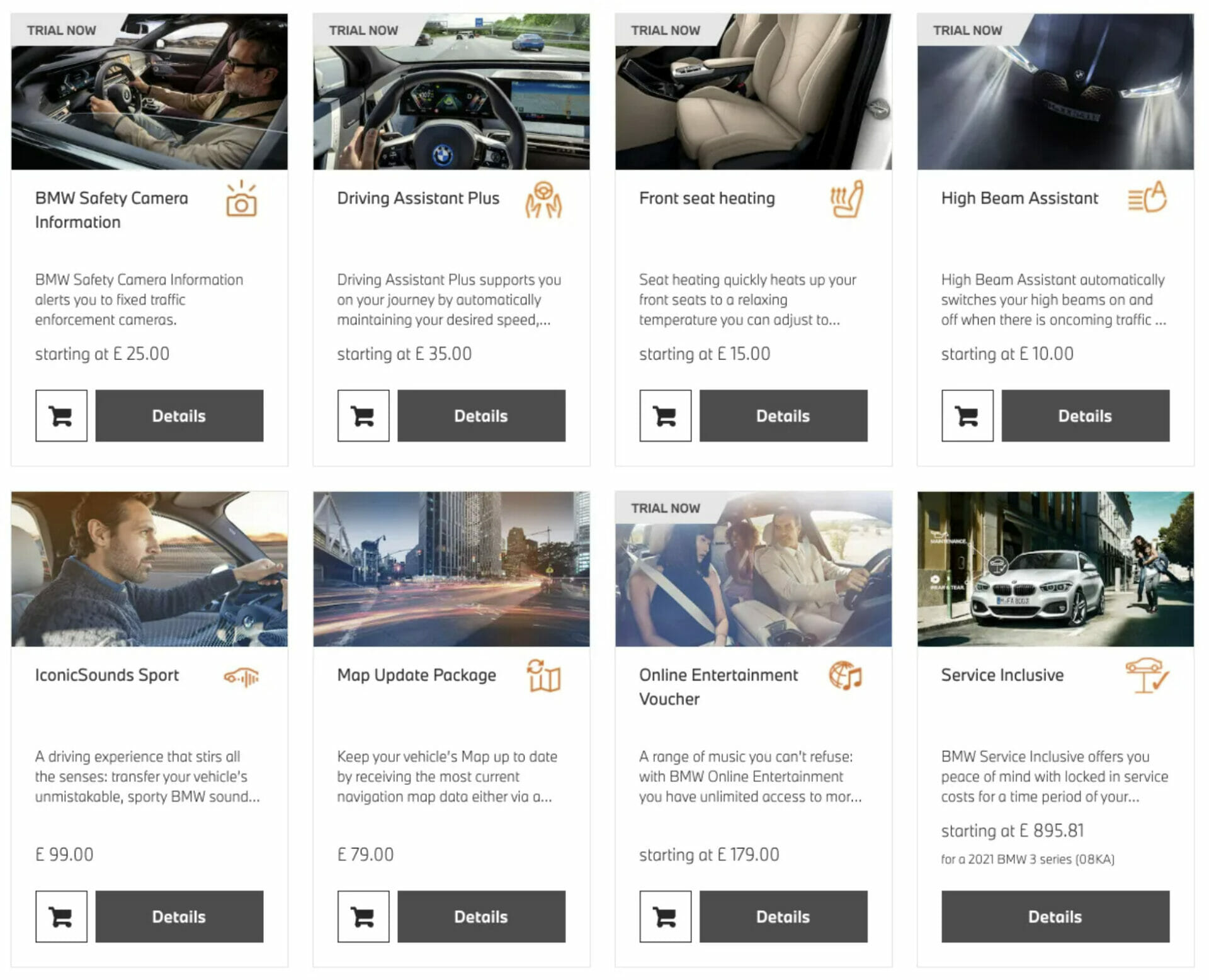 In some countries, BMW is already offering subscriptions to services such as heated seats. On the surface, introducing these types of “microtransactions” probably seems like an ill-advised sneaky attempt at quietly maximizing revenue from consumers by charging for things that used to be standard. The argument for this, probably, would be that paying $18 per month for heated seats during cold weather months only might actually be a better deal than paying additional for the option of heated seats upfront (if you don’t keep the car for that long).

Potential justifications aside, the issue is bigger than this one feature. When combined with increasingly common built-in “kill switches” that disable your car in the event of a late payment or limiting existing functionality without a subscription, these monthly features and “upgrades” will very soon become part of the total cost of car ownership. In other words, BMW owners will either pay the $18 monthly premium … or quite literally choose to freeze their asses off. 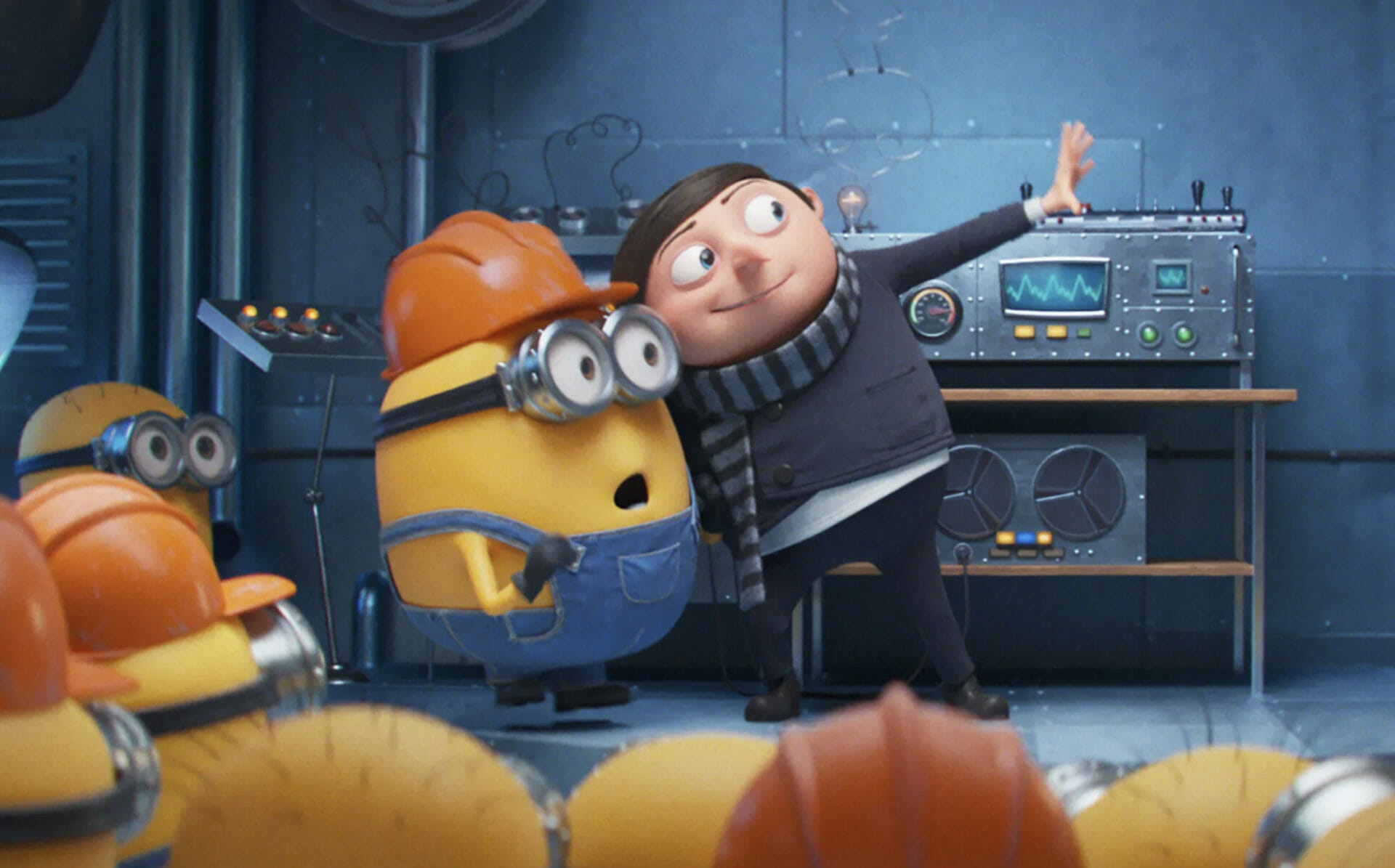 Last week we got dressed up to see a movie. To be more specific, my boys and a group of their friends created their own matching yellow t-shirts while I sported a black t-shirt and Gru-scarf to complete our crew. Our dedication was slightly before the full hype started for for the latest installment in the Minions franchise – Minions: The Rise of Gru. This #minionscult fever has led the film to a blockbuster opening and a meme that has overtaken Tik Tok and other social media platforms, filled with people dressing up in formal wear or minions garb to enjoy the film.

The movie is the latest in a string of box office successes leading to a resurgence in movie theater attendance after two long years of depressed sales. For the most part, the movies dominating the 2022 box office list belong to large franchises: Marvel’s latest Spiderman, Thor and Doctor Strange films, the Top Gun sequel, and the Jurassic World sequel. Their successes, though, are likely causing marketers and leaders in all industries to wonder if they can recreate some Minion marketing magic for themselves. To do it, there are a few questions they should consider first:

1. Is the level of effort involved reasonable? One of the reasons movie launches like this generate so much passion is because they only require a momentary commitment. I don’t have to dress up like a minion every day or start writing a minion blog The short term extreme fandom works for me, and it works for them. We both win and we’re both happy.

2. Does it involve some controversy? Reports of some theaters banning people who were dressed up from attending the Minions movie also offered a spark for the movement to go viral. It’s easier to be part of a movement if you feel there’s something a little controversial and perhaps a little defiant about it.

3. Can it bring me closer to people I care about? It was rare to see an image shared from #minionscult where someone was dressed up alone. Most people joined the movement with their friends or family. The communal part of this was important, and helped fuel the buzz.

How To Announce a New Product Feature: Find Someone Who Cares (And Has An Audience) To Do It For You 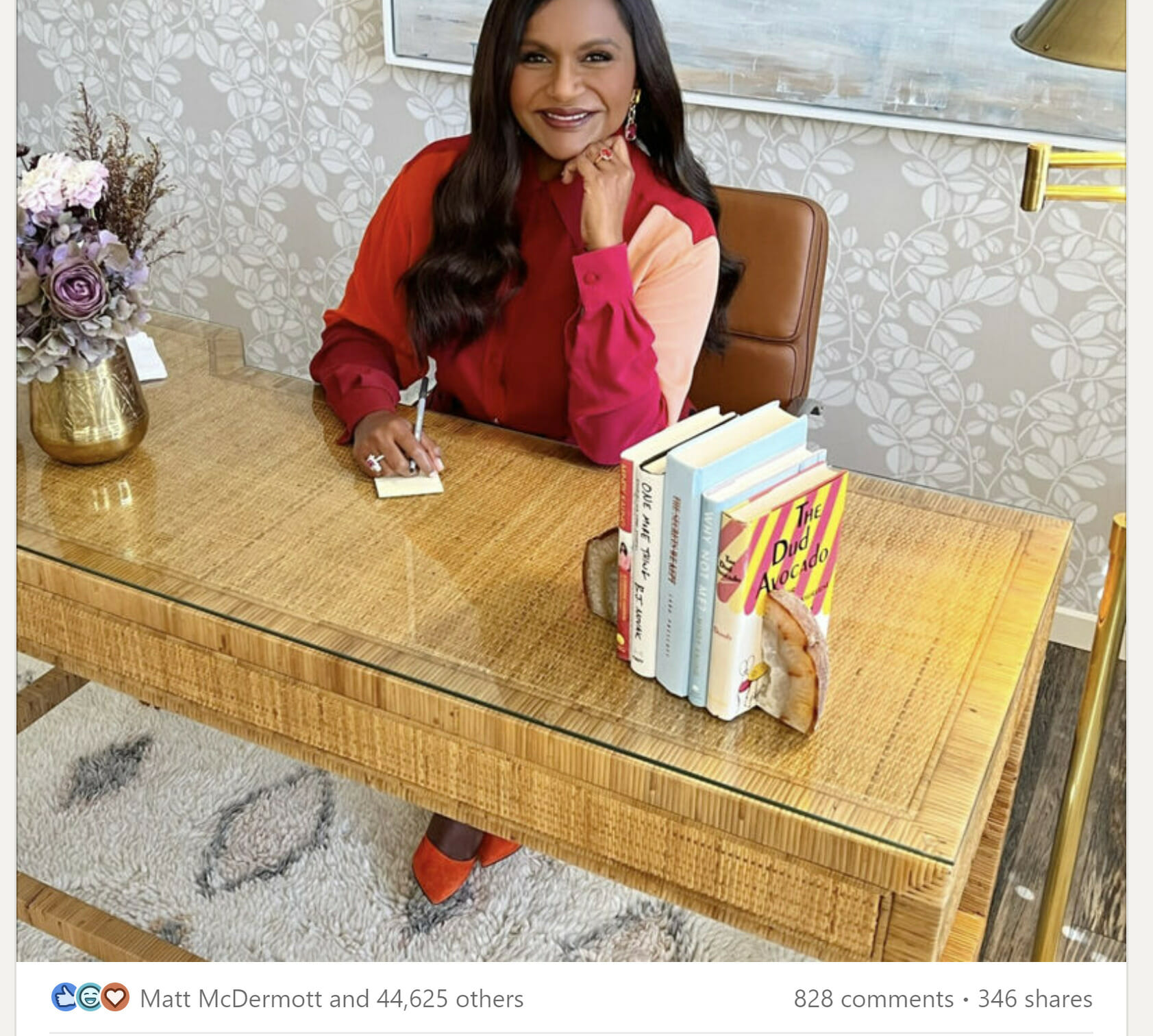 Companies do it all the time … and usually very few people care. I mean, let’s face it, most product feature unveilings just aren’t newsworthy. So doing a press release for them or having an entry on the corporate blog is a fairly predictable waste of time. Rather than doing that with their announcement of a new reaction button, LinkedIn took a different approach this time and turned to writer/actor Mindy Kaling to write a post announcing the addition of a funny reaction button to the platform.

Having someone in the business of funny sharing the necessity of this product feature was a brilliant way to announce it to the world. Call it influencer marketing if you want, but the lesson in this effort is clear. If you have a new product feature to announce, the first step is to find an influencer who genuinely cares about it … and then give them the freedom to find the right way to share it with their audience and the rest of the world.

Manhattanhenge and the Quiet Beauty of Creative Urban Planning 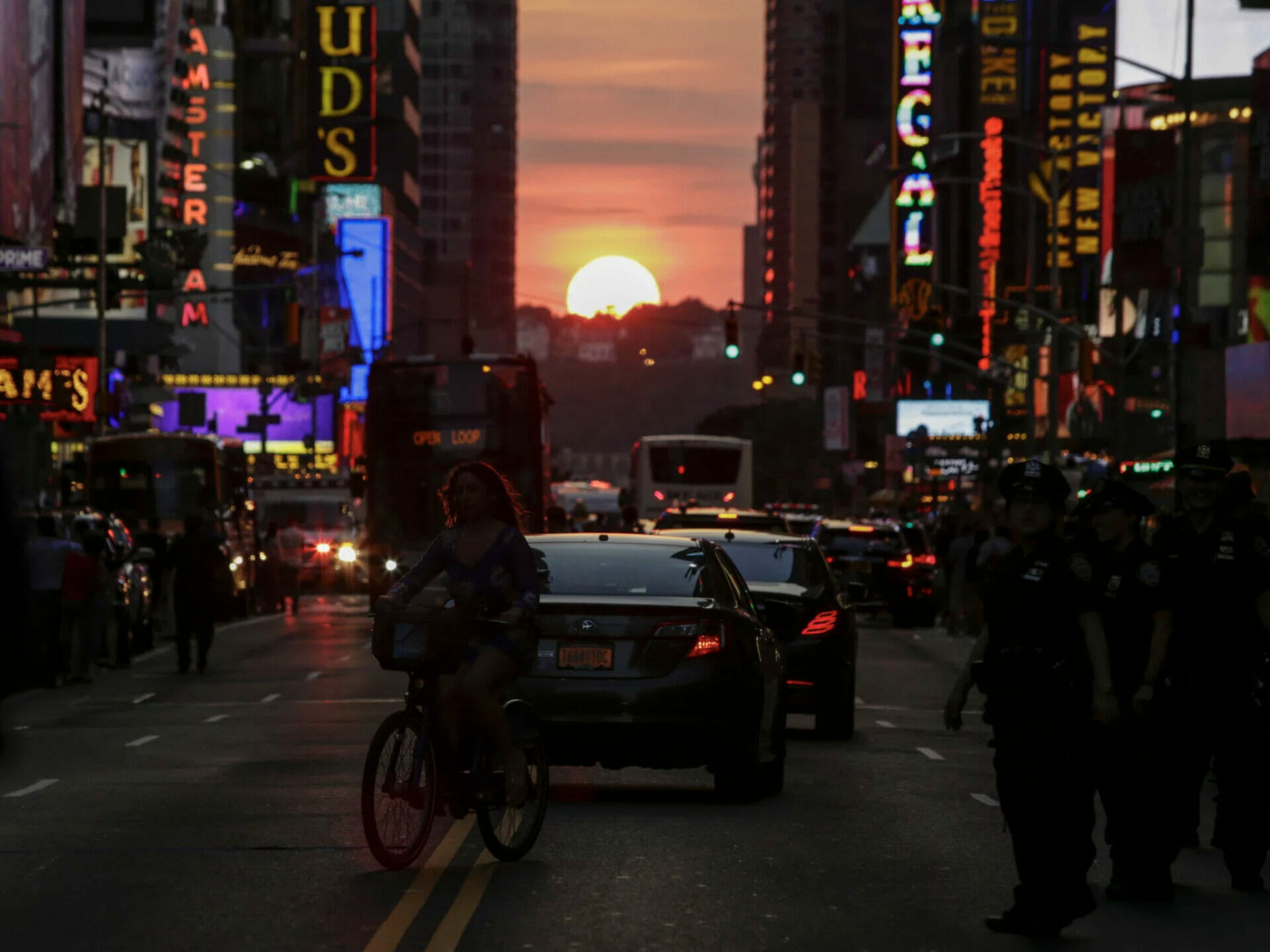 Four times a year the setting sun is visible in the midst of Manhattan’s skyscrapers in an effect New Yorkers call “Manhattanhenge.” It is one of those hidden jewels of city living that is only possible through a decision made by urban planners many years ago. While researching Beyond Diversity, I remember reading extensively about the notorious work of a planner named Robert Moses who almost single-handedly cemented the practice of structural racism in urban planning through his work and the decades of others who were inspired to emulate his choices.

It is easy to forget just how much of the world we inhabit today was shaped by decisions made decades (or even longer) ago by people like these planners. And for far too long, they lacked any sort of diversity, aside from a handful of rare exceptions. One example is showcased in the underdog documentary story of another planner named Jane Jacobs who managed to stop some of Moses’ worst ideas from ever happening. Through the lens of time, her efforts were nothing short of heroic and are now inspiring a renewed focus in making the planning industry more diverse. As this happens, perhaps we might regularly experience more hidden delights like Manhattanhenge. Or at the very least stop designing highways to be built through the cultural centers of cities.